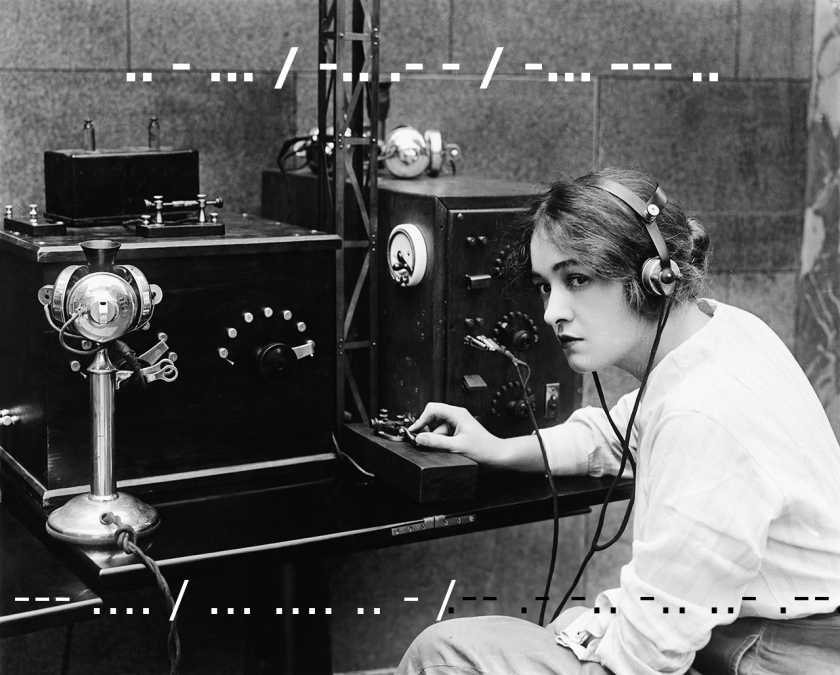 The invention of the telegraph allowed humans to send information via Morse code in the mid 19th century. Suddenly messages could be sent across the oceans to far away counties almost instantly. The materiality of words had been forever changed. Information was extracted from written words and sent though wires.

Now lets look at memes for a moment. Memes are by majority a visual medium. Photos of gorillas on facebook, edited vine videos, top text/bottom text pictures. Yes they all have a visual component but is that truly necessary for the meme to carry its meaning?

Take my OC meme above. If you’ve translated it to English, and you understand what it means (ayy lmao) then hasn’t it worked? A meme can distilled into just words and still effectively carry it’s message without any visual or auditory component. Of course this is all dependent on the reader to have prior knowledge of the meme or context.

Ten word telegrams cost around $100 back in the day. How much are modern memes worth now?