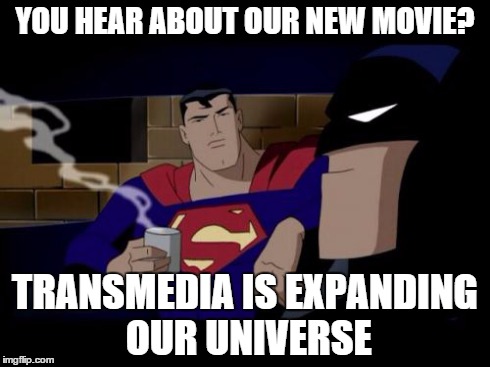 This meme is not a lulz meme. It is an example of Transmedia narratives.

DC’s Superman and Batman narratives have existed in multiple mediums for years now. There are comics, tv shows, video games, and even graphic novels about both characters individually. Batman and Superman have appeared together in Superman/Batman comics, in the animated tv shows and even in Injustice: Gods among us.

In 2016 Batman v Superman: Dawn of Justice will be released and the stories of Batman, Superman and Batman/Superman will be expanded in a Transmedia narrative. Spreading the story across a new medium.